The OSOYOO IR Track Sensor is essentially an IR LED and an IR detector. It works by transmitting a beam of IR light downward toward the surface. In this lesson, we will show you how the IR Track Sensor works and how to use it with the Osoyoo Uno board. 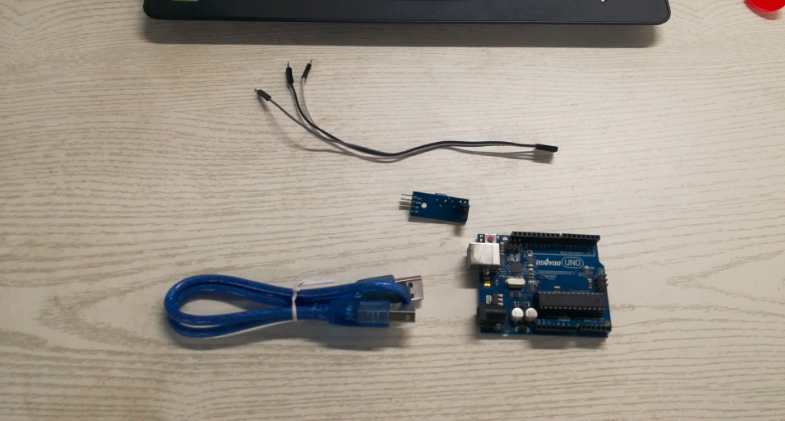 The OSOYOO IR Track Sensor is essentially an IR LED and an IR detector. The IR emission tube of track sensor constantly emits infrared light. Since the black absorbs light, when the IR emission tube shines on a black surface, the reflected light is less and so less IR rays are received by the receiving tube. It indicates the resistance is large; then the comparator outputs high and the indicator LED goes out. Similarly, when it shines on a white surface, the reflected light becomes more. So the resistance of the receiving tube is lower; thus, the comparator outputs low and the indicator LED lights up. 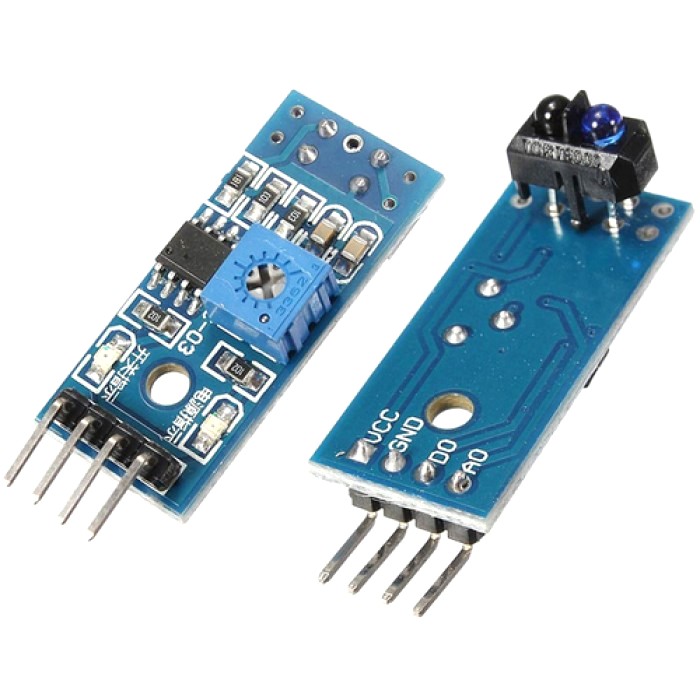 This acts like a simple switch when it gets close to a white / black object. You can adjust the sensitivity with the potentiometer. It uses a LM393 Comparator chip and track sensor for clean outputs.

Sensitivity: About 1 inch (2.5cm) from white paper, about 1 cm from a person’s finger.

In this experiment, we will use an IR track sensor module and the on-board LED to build a simple circuit to make a tracking line. Since the LED has been attached to pin 13, connect the pin D0 to digital pin 2 of the Uno board. When the tracking sensor detects reflection signals (white), the LED will be on. Otherwise, it will be off (black line).

Note: The sensitivity of the infrared sensor is adjustable – you may adjust it by the potentiometer.

Build the circuit as below digram: 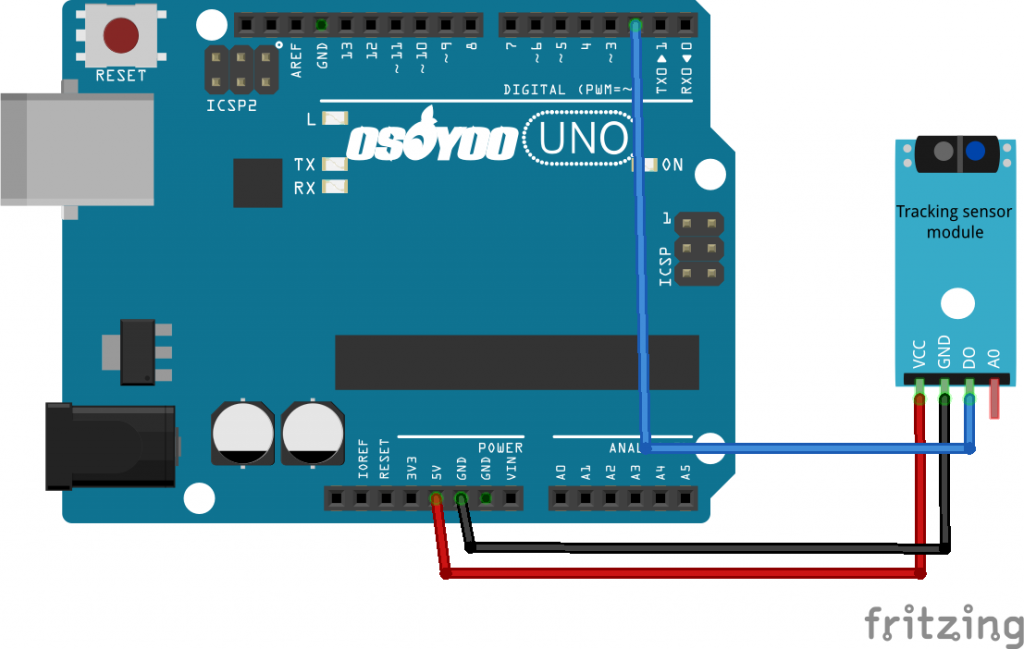 Select the serial device of the Arduino board from the COM menu. Upload the code to the UNO board.

A few seconds after the upload finishes, set it down on a piece of paper with a dark line (at least ½” wide). You may use a Sharpie Marker, electrical tape, or dark paint. When the module gets on a black line, it output high and the corresponding LED stays off, the Serial Monitor output: “Detect: Black!”; 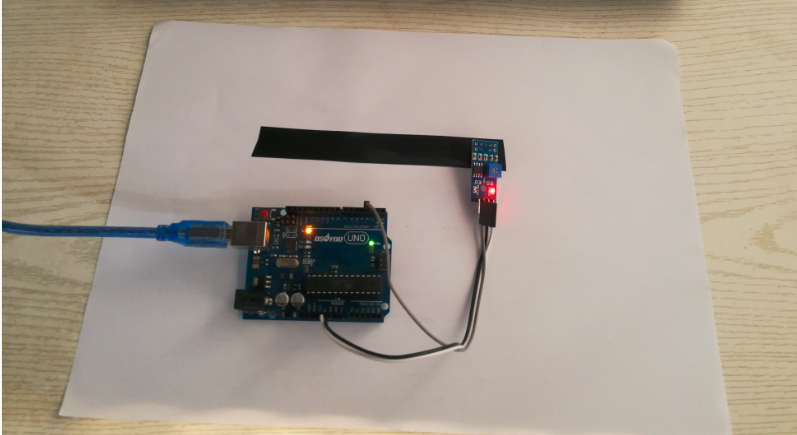 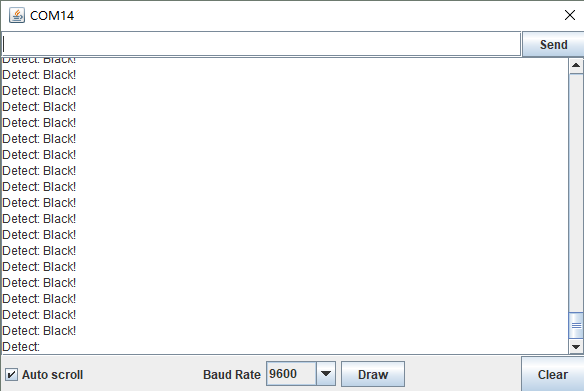 when it meets a white area, it outputs low and the LED lights up, the Serial Monitor output: “Detect: White!”. 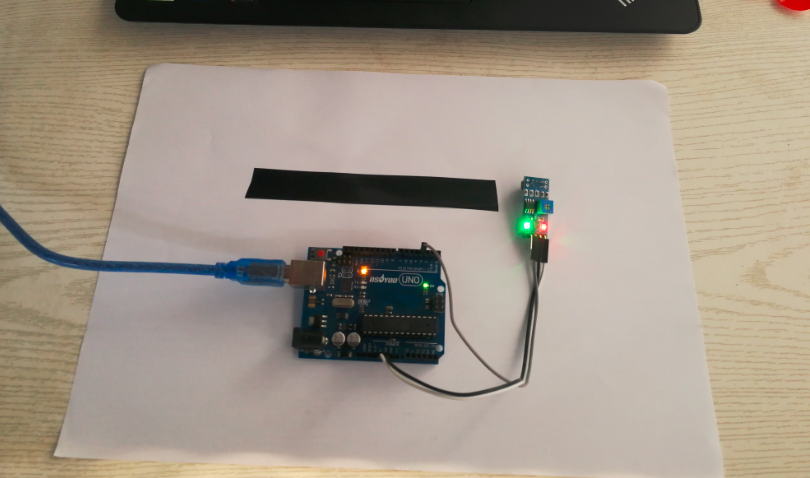 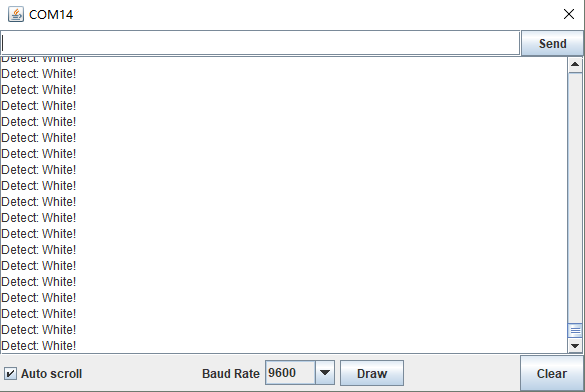 Note: The black line should be wider than the IR track sensor.