In this project, we will show what is MQ-5 Sensor and how to use it with the Arduino board.

MQ-7 gas sensor has high sensitity to Carbon Monoxide. The sensor could be used to detect different gases contains CO, it is with low cost and suitable for different application. 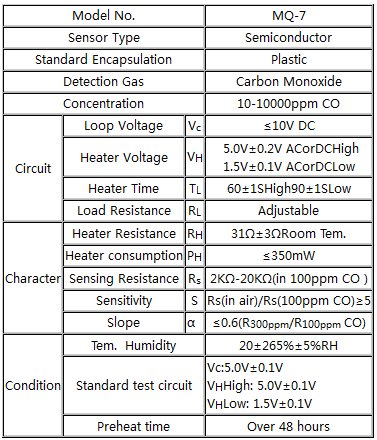 According to its datasheet, the MQ-7 carbon monoxide sensor detects 20 to 2000 ppm of CO in air. Here is its sensitivity characteristic curve: 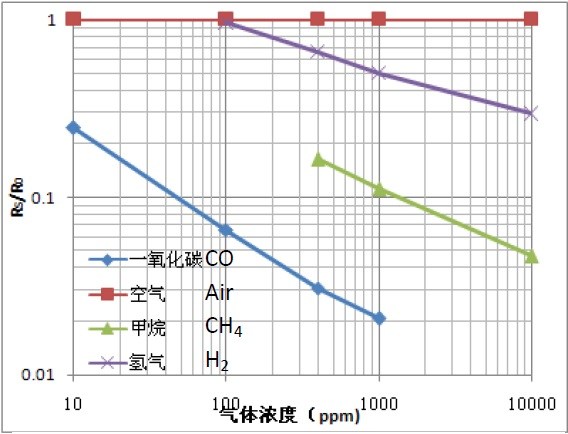 This breakout board is more convenient as it converts resistance variations to voltage variations. Here is its schematic diagram:

There are two ways to read the output from the MQ-7. One is through the DOUT pin which gives a high when the concentration threshold is reached and low otherwise. The threshold can be varied by adjusting the trimmer on the breakout board which is Rp in the schematic.

Meanwhile, the AOUT pin gives varying voltage representing the CO concentration. We can convert the voltage reading to ppm if we look at the characteristic curve above. The relationship between concentration in ppm and RS/R0 is:

Connect the MQ 7 Sensro and the Arduino Board as below digram: 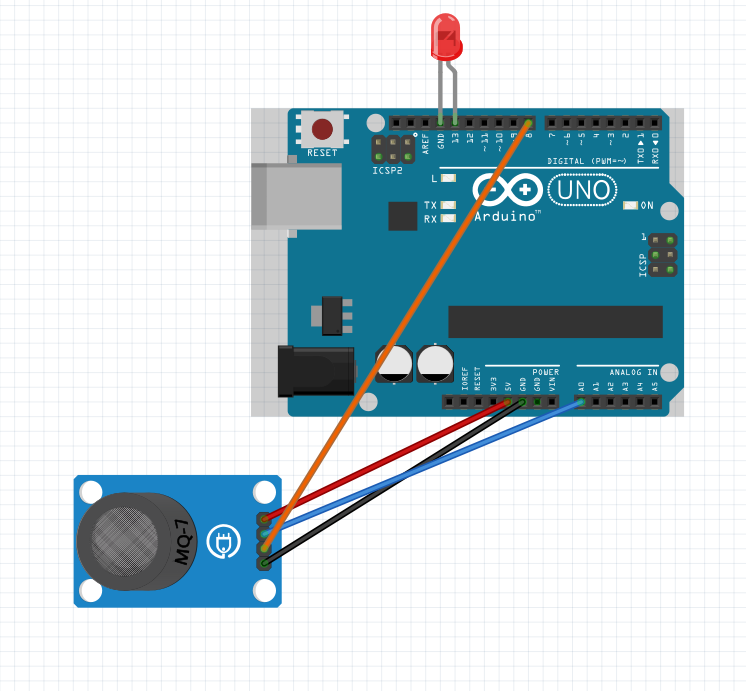 The next block of code sets the baud rate and declares the DOUTpin as input and the ledPin as output. This is because the sensor is an input to the arduino for the arduino to read and process the sensor value. And the LED is an output will serves an indicator if the sensor has detected alcohol.

So how do I include the PPM equation in the example code? I see that I am now printing out sensor voltage readings on my analog channel, but I don’t know how to determine Rs from that or what R0 is.